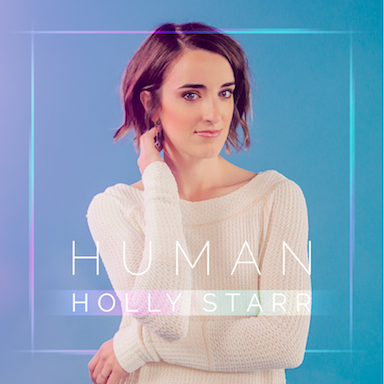 CCMMagazine.com notes the poignancy in Starr’s most introspective release to date: “… ‘Umbrella’ (written for husband Chris Rumbles) and ‘Sailing’ serve to display the maturity of penmanship and performance now defining Starr.… and coming from love and loss, what could be more human than that?”

Likewise, TheChristianBeat.org praises Human, saying, “Each song feels genuine and heartfelt, and the album as a whole is incredibly encouraging. These are songs that will help you celebrate in the good times and endure in the bad.”

Starr is currently performing selections from Human—including lead single “Run The Race,” which has amassed more than 1 million streams on Spotify, and the project’s current single, “Bruises”—as a special guest on Jaci Velasquez’s “The Trust Tour.” The fall outing, also featuring Salvador frontman Nic Gonzales, kicked off last night in Denver and will hit a total of 18 Western U.S. cities before wrapping October 8 in Los Angeles.

Since her debut in 2008, Holly Starr has become known for thoughtful songwriting and accessible pop melodies. A popular YouTube artist, her music videos and video blogs have collectively garnered more than 4.4 million views to date. A native of Quincy, Washington, Starr’s previous Artist Garden Entertainment releases include Tapestry (2010), Focus (2012) and 2015’s Everything I Need.