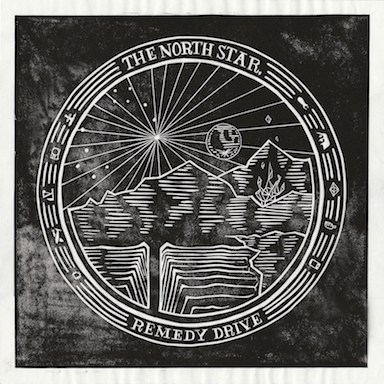 NASHVILLE, Tenn.—Chart-topping rockers and modern-day abolitionists Remedy Drive return January 12 with The North Star. Produced by Philip Zach, the 12-song set draws from a range of sonic influences—from ‘80s electronic, to ‘90s grunge, to modern hip-hop—giving a voice to millions of human trafficking victims around the world, as well as educating and inspiring individuals to join the anti-slavery movement.

Highlights of the project include the call-to-action album opener “You Got Fire,” featuring Dove Award-winning recording artist Rachael Lampa; the debut single and title inspiration, “Polaris”; “Sunlight On Her Face,” a heart-wrenching glimpse into slavery; the pulsing, electronic “Brighter Than Apathy”; and “Sanctuary,” which showcases a poem from hip-hop and spoken-word recording artist Propaganda.

“These songs move me at the core of who I am,” said Remedy Drive founder and lead vocalist David Zach. “They are inspired by ordinary people embracing extraordinary roles in movements of justice and mercy—people in my life today and stories of courageous people from history. My hope for The North Star is that it moves whoever hears these songs in the same way the stories and melodies of the abolition have impacted me.”

“We’re shining a light on slavery and injustice; we’re lamenting the state of our planet in a year that has seen more people impacted by slavery and displacement than any other time in human history,” Zach adds. “But we’re also celebrating the seemingly insignificant contributions of a rising tide of selfless humans who aren’t ok looking the other way. These are melodies of hope, freedom and refuge in the face of fear, slavery and exile.”

Zach has worked undercover alongside operatives from The Exodus Road to identify perpetrators and fight slavery in Southeast Asia and Latin America. His nine deployments with the international anti-trafficking organization have inspired the music and mission of Remedy Drive and have given Zach a platform to speak at colleges and festivals around the country.

Remedy Drive has garnered 10 Top 20 singles and released 11 critically acclaimed recordings since their inception in 1998. The band’s 2014 recording, Commodity, and 2016’s Hope’s Not Giving Up, spotlight their ongoing commitment to fight slavery. Music from Remedy Drive has been utilized on NBC, SpeedTV and VH1.