45-City Outing To Feature The Afters and Ryan Stevenson 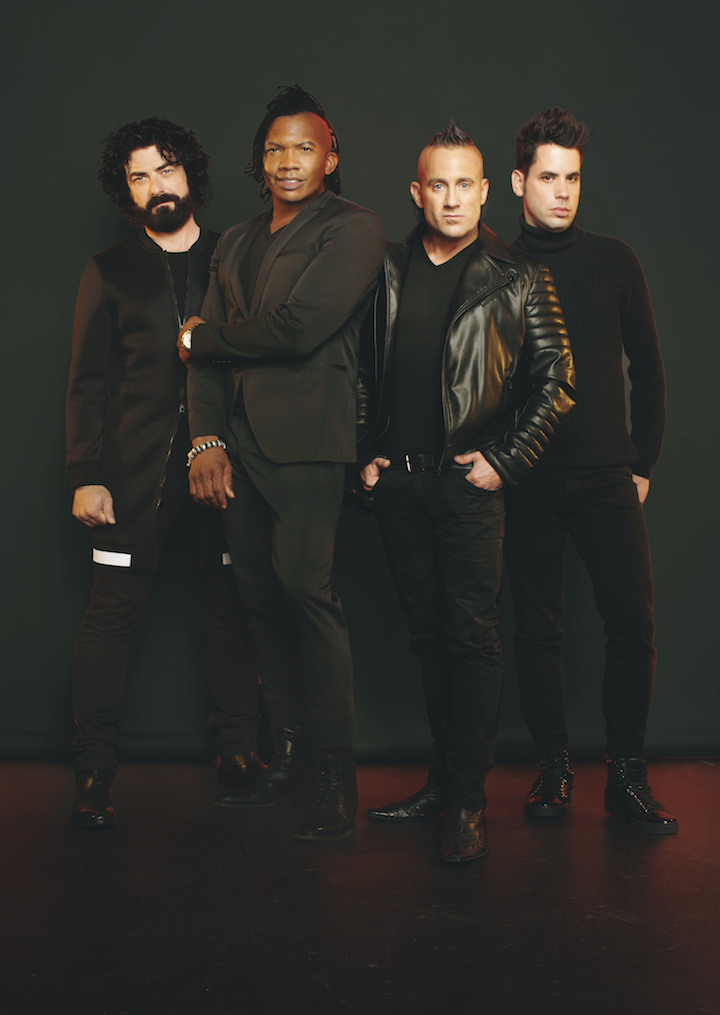 NASHVILLE, Tenn.—GRAMMY®-nominated, Platinum®-selling Newsboys will hit the road this fall, bringing their “Love Riot Tour” to more than 40 cities around the country, it was announced today. Supporting the band’s multi-genre chart-topping release of the same name, the “Love Riot Tour” will feature Dove Award-winners The Afters and GRAMMY®-nominated singer/songwriter Ryan Stevenson, as well as a special message from acclaimed author and speaker Bob Lenz.

Sponsored by Child Fund and IF 7:14, the tour kicks-off September 15, making stops in over 45 markets, including Chicago, Washington, D.C., Houston, Dallas and Norfolk, Virginia, before concluding later this year.

In addition to fan favorites from the iconic group’s unparalleled career, Newsboys’ “Love Riot Tour” will also feature selections from their latest FairTrade Services album. Love Riot recently debuted at #1 on Billboard’s Top Rock Albums chart and Top Alternative Albums chart, along with topping numerous other national charts, marking one of the biggest sales weeks for a Christian artist to date this year.

The Afters were propelled into the national spotlight with their debut album I Wish We All Could Win, which spawned the hit “Beautiful Love,” the theme track for MTV’s “8th and Ocean” and the most downloaded track of 2006 on the iTunes Inspirational charts, earning an mtvU award. The band’s sophomore release Never Going Back To OK debuted in the Top 50 on the Billboard Top 200, and was featured on “Grey’s Anatomy” (ABC), “Dr. Phil,” “Army Wives” (Lifetime) and “Rachael Ray.” The band’s third record Light Up the Sky bolstered two No. 1 radio hits, as well as placements on “The Biggest Loser” (NBC) and “You Deserve It” (ABC). The band released their fourth studio album, Life Is Beautiful in April 2013, and their fifth studio album, Live On Forever, is set to debut fall of 2016.

GRAMMY®-nominated Gotee recording artist Ryan Stevenson’s full-length debut, Fresh Start, released to critical acclaim in September and features his current radio single, “Eye of the Storm (feat. GabeReal),” the fastest rising song of his career and already a Top 10 iTunes Christian & Gospel hit. The project also includes the multi-week #1 “Not Forgotten (feat. TobyMac)” and the previous single, “All Yours.” Stevenson, who was nominated for a 2014 GRAMMY® Award as co-writer of TobyMac’s hit single “Speak Life,” spent seven years as a paramedic before signing an exclusive agreement with Gotee Records. He hails from the Pacific Northwest and is a husband and father of two boys.

Bob Lenz speaks to nearly half a million teens and adults across North America each year through school assembly programs and faith-based outreaches and events. Founder and president of Life! Promotions, a non-profit organization with a mission to instill hope in youth, Lenz is the author of Dignity Revolution – Standing Up for the Value of Every Person and Grace – For Those Who Think They Don’t Measure Up.