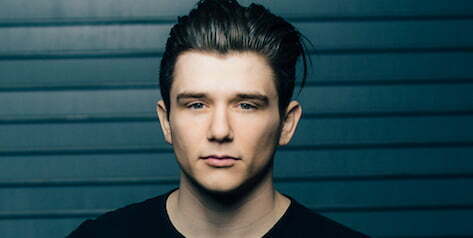 NASHVILLE, Tenn.—Acclaimed singer/songwriter Nathan Sheridan is slated to be featured on the Wednesday, January 9 television broadcast of The 700 Club. In the poignant segment, Sheridan chronicles a tumultuous childhood—his parents struggled with drug addiction and he lost his sister to cancer at a young age—that left him emotionally ravaged. Rescued from his troubled home and raised by loving grandparents who helped lead him to the Lord, Sheridan went on to serve in the U.S. National Guard where he regularly led worship for fellow soldiers during his deployment in Kuwait.
Click here to watch Sheridan’s 700 Club feature:
https://www.youtube.com/watch?v=GmV5AL1Tzh4
Broken With You, Sheridan’s Burtonwood Records debut, released last year. Featuring 11 songs written or co-written by the artist, the collection draws from Sheridan’s powerful story and was produced by Seventh Day Slumber’s Jeremy Holderfield. Audiences around the country were introduced to Sheridan’s music last fall during the Small Town Worship Tour, where he shared the spotlight with Dove Award-winning rockers Seventh Day Slumber and emerging singer/songwriter Brooke Robertson.

The 700 Club is a live weekday television program which has been on the air continuously since 1966. One of the longest-running programs in broadcast history, The 700 Club features a mix of news and commentary, interviews, feature stories and Christian ministry. The show can be seen in 96% of U.S. homes and is carried on the Freeform cable network, FamilyNet, Trinity Broadcasting Network and numerous local television stations.
For further information:
nathansheridanofficial.com
burtonwoodrecords.com
turningpointpr.comFollow Sheridan on Twitter, Facebook and Instagram.
-30-
010419