NASHVILLE, Tenn.—Award-winning Canadian band Informants Worship, formerly known as Informants, begin a new chapter today with the highly anticipated release of “Show Me.” Written by founding members Christian Victory and Joshua Parmiter, along with Pete Mol, who also produced the track, the single encapsulates a new sound and direction for the acclaimed band. Stream or purchase “Show Me” here. 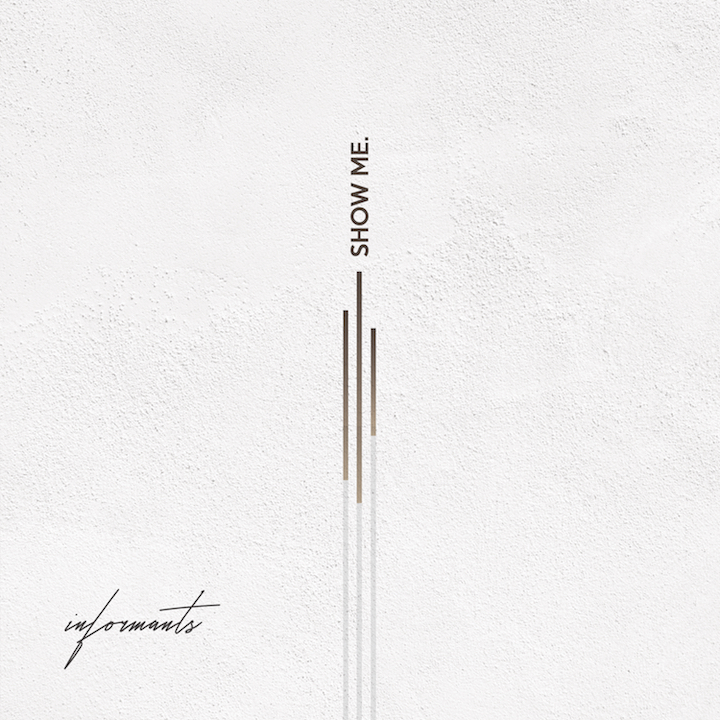 “The verses of ‘Show Me’ describe the nature of God and what He has done for us, while the chorus is a heart cry for God to show us everything He is and what He has called us to be, both collectively and individually,” said Victory. “We want the song to be an anthem of Hope, declaring that God is making us all into something beautiful.”“Although ‘Show Me’ turned out to be more pop than anything we have released before, the song still has the ambient-driven guitars and drums that have marked our previous recordings,” continued Victory.

“The purpose of our music has always been to integrate worship with mission,” Victory explains. “Both Joel and Alex are longtime friends of the band, and share our passion, so it just made sense for Informants to grow into a worship collective. We couldn’t be more excited about the adventure God has planned for us in the seasons ahead.”

Originally known as the Informants, the band formed in St. Johns, Newfoundland, in 2012 and quickly generated an enthusiastic following across Canada—and beyond. Their 2015 EP, Ezekiel, garnered a GMA Canada Covenant Award for Best New Artist, as well as a 2016 East Coast Music Award for Gospel Album of the Year. Their full-length follow-up, Uprising, featured the Top 10 Canadian Christian radio single “Courage” and was named Rock Album of the Year at the 2018 GMA Canada Covenant Awards. Now known as Informants Worship, the group has toured with Bluetree and been featured at YC Alberta, Breakforth Canada, and the Big Ticket Festival, among other Canadian events.