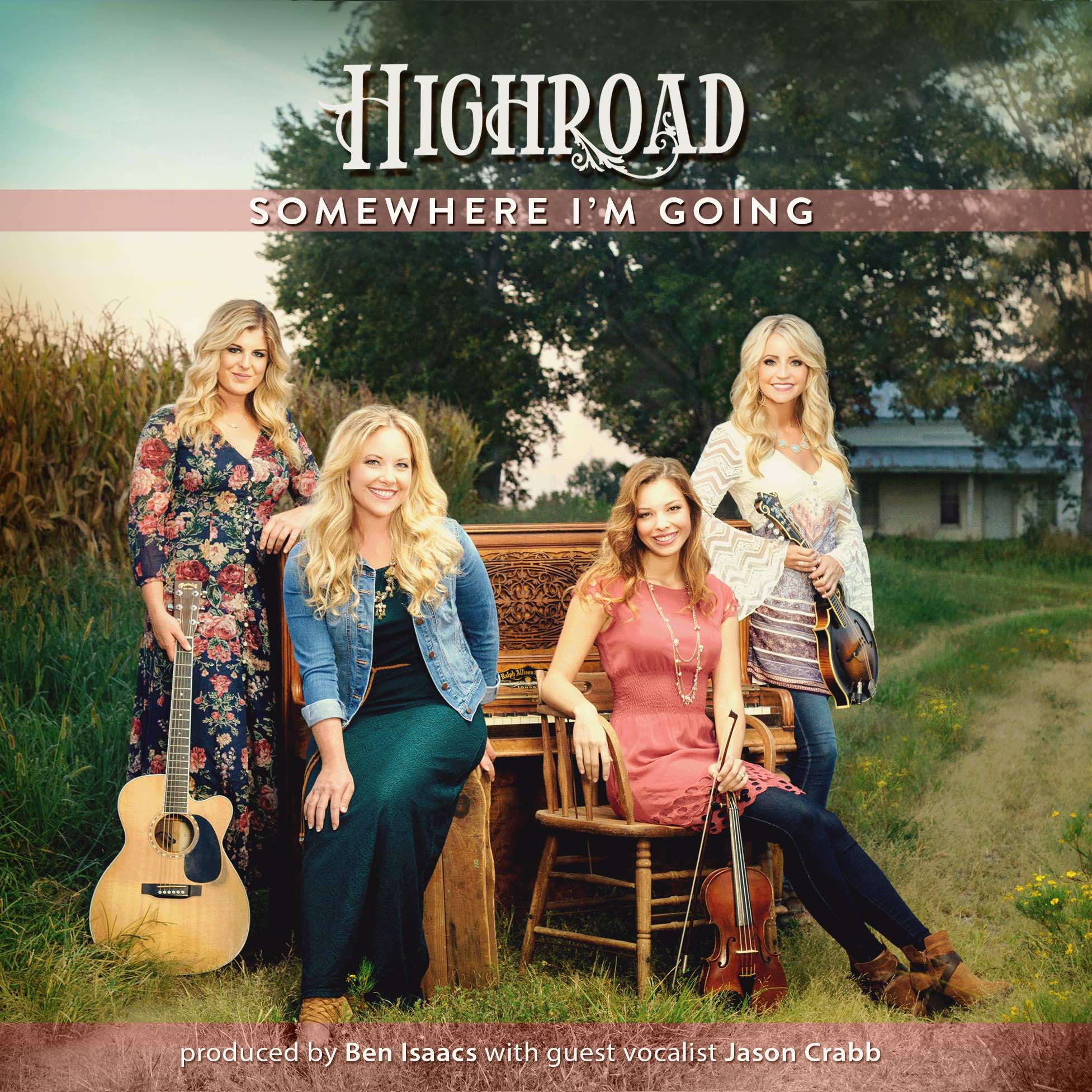 Highlights of the project include the Celtic-flavored “Christ, My Hope, My Glory,” featuring GRAMMY®-winner Jason Crabb; as well as new arrangements of beloved favorites “Give Me Jesus,” “In The Sweet By and By” and “I’d Rather Have Jesus”; and the poignant title-cut.

“’Somewhere I’m Going’ is about going home to see friends and family,” Davison shares. “But a lot of our friends and family are not there anymore because they’ve gone on to be with the Lord. I think every person can relate to that, looking back on their childhood or those memories with aunts, uncles and friends who are no longer here with us. We can be assured we’re going to see them again someday.”

Founded in 2010 by Sarah Davison (vocals, piano), HighRoad is also comprised of Kristen Bearfield (mandolin, guitar, banjo, vocals), Kinsey Kapfhammer (guitar, vocals) and Lauren Conklin (fiddle). The group has garnered six SGM ScoopsDiamond Award nominations and an Absolutely Gospel Music Female Group of the Year award, among other accolades. They regularly perform at leading Gospel music events including the Gatlinburg Gathering, Myrtle Beach’s Singing In The Sun and the National Quartet Convention. HighRoad’s previous recordings include Angel at the Crossroads; The Road Less Traveled; and the Christmas release, Joy.

In addition to HighRoad, Davison has performed with some of the top names in country music. She recently shared the Grand Ole Opry stage with ACM Award-winning singer/songwriter Mark Wills and performed with the late George Jones’ band during his final tour of Canada.