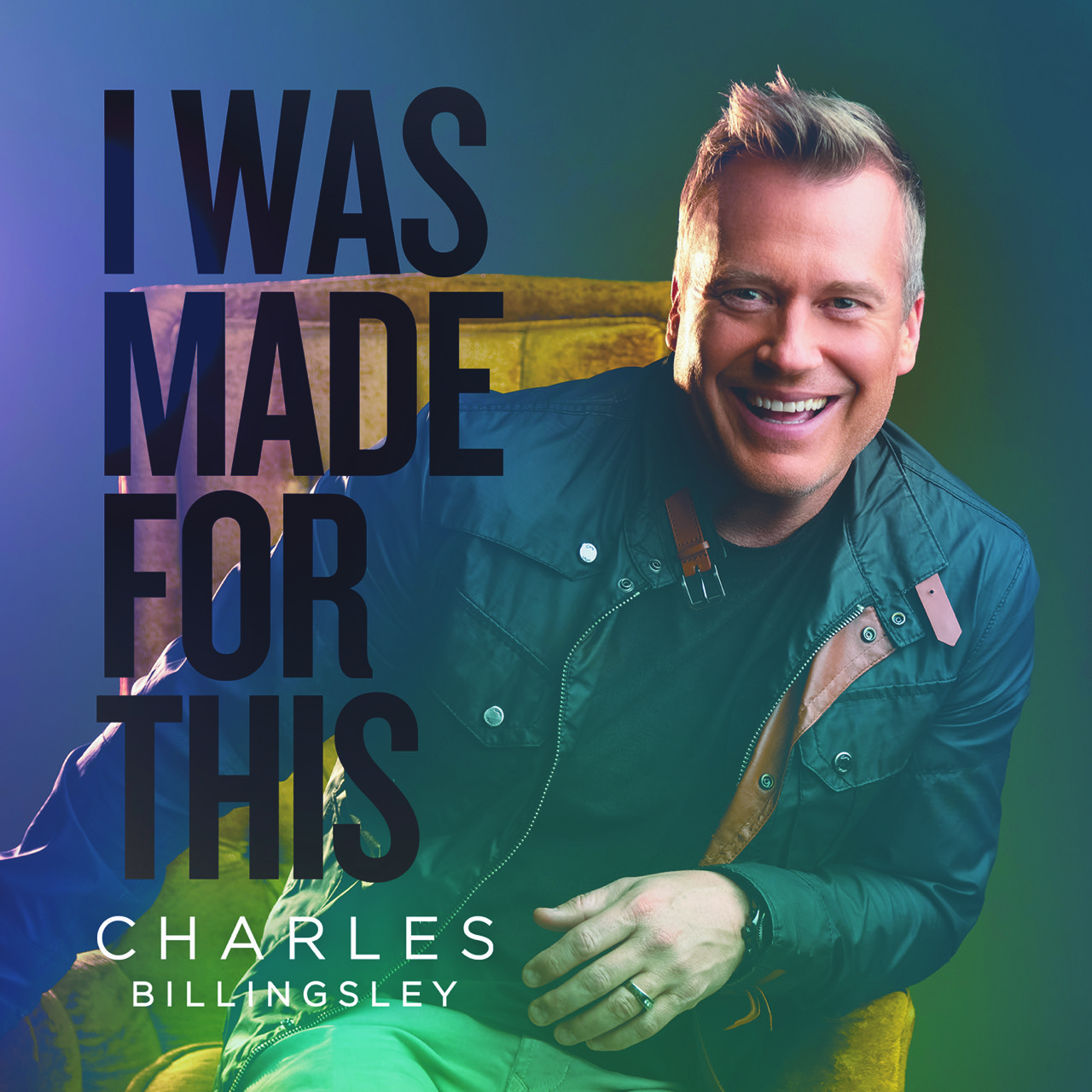 Billingsley co-wrote half of the album’s 12 selections, and the project also features contributions from such award-winning writers as Paul Baloche, Krissy Nordhoff, Tony Wood and Michael Neale, among others. Highlighted by the new title-track, a vibrant worship anthem declaring the Savior’s glory, I Was Made For This also includes “Rise Up,” co-written by Billingsley and Baloche; the introspective “Sing For My Soul”; and “Spirit of God,” featuring singer/songwriter Tasha Layton.

In addition, I Was Made For This showcases a new arrangement of Newsboys’ megahit anthem “We Believe,” as well as covers of two 1980s favorites: Mr. Mister’s “Kyrie” and the poignant “Fragile,” written and originally recorded by Sting.

The album takes a personal turn with “Play The Man,” penned for Billingsley’s two sons. The ballad was inspired by a quote from Polycarp, a second century martyr burned at the stake for his role in spreading Christianity throughout the Roman Empire.

“In Mark Batterson’s book, Play The Man: Becoming the Man God Created You to Be, he shares that as Polycarp was being burned at the stake he heard a voice say, ‘Be strong Polycarp, play the man,’” explains Billingsley of the song’s genesis. “We don’t hear much about what it means to be a real man these days. We don’t see it modeled in movies or talked about in society, but men are called to be strong, gentle, firm, affectionate, generous—all the things God created us to be. Ultimately, I wrote this song for my boys, who are 18 and 19 years old. I wanted them to have it as a reminder from their dad of what it means to be a man and ‘play the man.’”

“The album as a whole is simply a reminder of why we’re on this earth—we were made to worship the Lord,” Billingsley adds. “All things were made by Him and for Him, and our purpose is to bring glory and honor to Him. Every song relates to that theme in one way or another. I intentionally wanted to take listeners on a journey addressing why we exist; the reality of sin; the reality of the Gospel; and finally, worship. The end of the album is a series of powerful moments of worship that celebrate the Hope we have in Him.”

Launching his career nearly three decades ago as a lead vocalist for GRAMMY®-nominated genre giants NewSong, Charles Billingsley has since headlined more than 3,200 concerts, released 23 recordings as a solo artist and garnered seven #1 Inspirational radio hits. A sought-after worship leader and speaker, Billingsley currently serves as the teaching pastor and worship leader at Thomas Road Baptist Church in Lynchburg, Virginia, as well as an adjunct instructor at Liberty University. He is also the worship leader for such popular events as Women of Joy, Gridiron Men’s Conference and Celebrators Conference, among others. Billingsley’s critically acclaimed StowTown Records debut, Right Here, released in 2016.