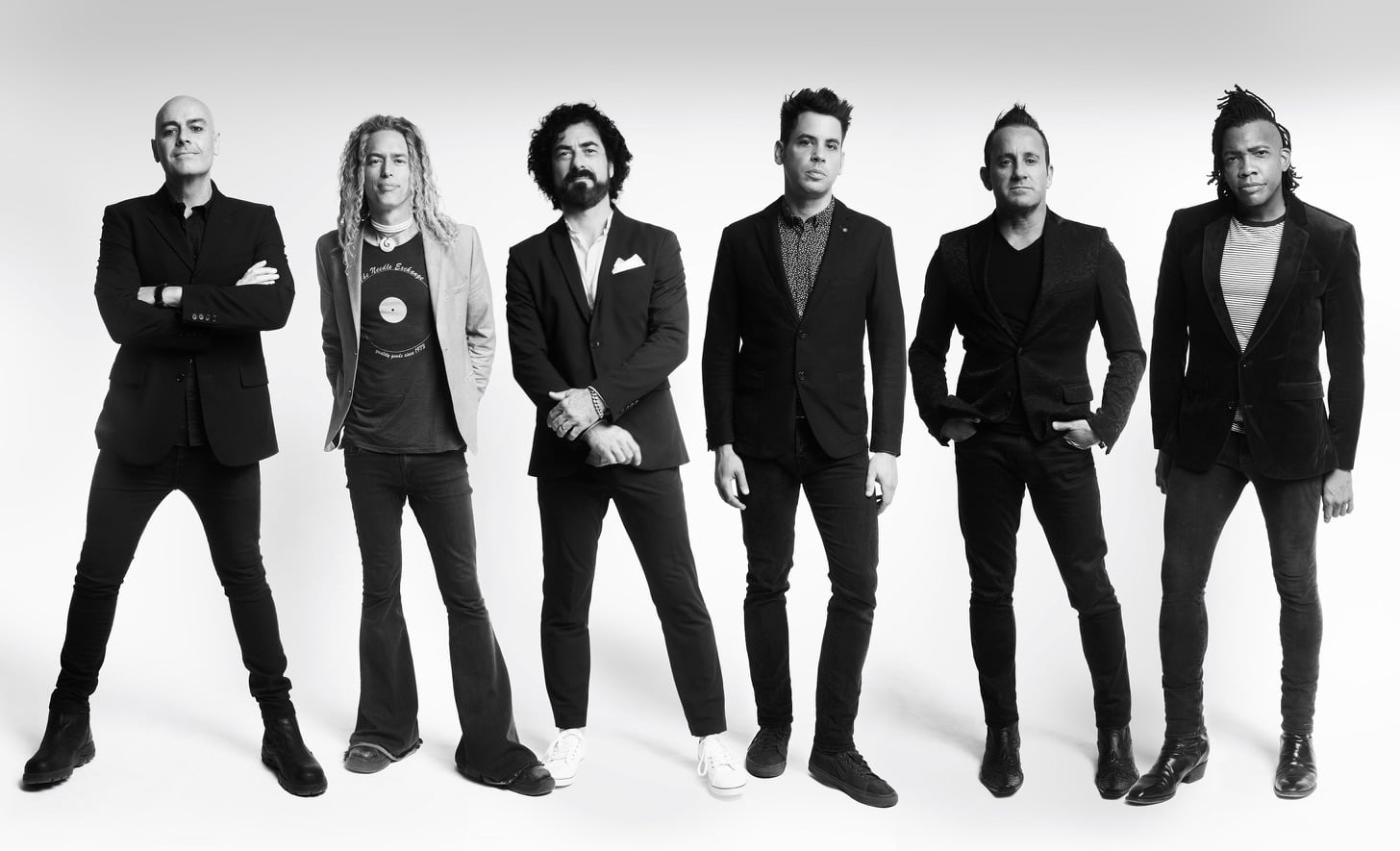 NASHVILLE, Tenn.—Playing to capacity audiences across the U.S. this spring, the “Newsboys United Tour” will extend its history-making run through the summer, it was announced today. A slate of nearly 20 new shows kicks off in June, once again bringing current Newsboys members Michael Tait, Duncan Phillips, Jeff Frankenstein and Jody Davis together with former bandmates Peter Furler and Phil Joel for “all the hits… under one roof… for one tour.”

Showcasing an electrifying headlining set from the supergroup, Newsboys United will share some of the most popular hits from the iconic band’s three-decade career with audiences in Birmingham, Alabama; Texarkana, Texas; Enid, Oklahoma; Savannah, Georgia; and Rochester, Minnesota, among other cities this summer, before concluding August 5 in Corpus Christi, Texas.

Sponsored by ChildFund and produced by Premier Productions in partnership with the Newsboys, the summer leg of the “Newsboys United Tour” will feature special guest Word recording artist Zealand—which is founded and fronted by Phil Joel—as well as a special appearance by singer/songwriter Adam Agee.

“Every night I love sharing the stage with my bandmates, past and present,” said Michael Tait. “This is one of the most meaningful tours I’ve ever been part of, and I’m thrilled we can continue the fun this summer.”

“The crowd attendance and response on this ‘Newsboys United Tour’ has been simply overwhelming,” said Peter Furler. “The lads and I are truly excited about extending the tour through the summer.”

“We knew the Newsboys would be a hit in Cheyenne—we just didn’t anticipate it selling out so quickly,” said the Cheyenne Civic Center’s Reese Ruiz, marketing coordinator for the City of Cheyenne (Wyoming) Community Recreation and Events Department. “The fans loved the show (Hello drums!) and the experience was one we’d bring back in a heartbeat. Our only change would be to book them for two nights upfront instead of one!”

One of the most influential bands in Christian music history, Newsboys have sold more than 8 million units and amassed eight Gold® certifications, 33 #1 radio hits, four GRAMMY® nominations, two American Music Award nominations and multiple Dove Awards. Comprised of Michael Tait (lead vocals), Jody Davis (guitar), Jeff Frankenstein (keys) and Duncan Phillips (drums), Newsboys’ signature songs include “We Believe,” “He Reigns,” “Miracles” “Born Again” and their Platinum®-certified mega hit, “God’s Not Dead.” The latter inspired one of the most popular Christian film franchises of all time, PureFlix’s God’s Not Dead and God’s Not Dead 2, both of which included appearances by the band. God’s Not Dead – A Light In Darkness is now in theaters across the country.