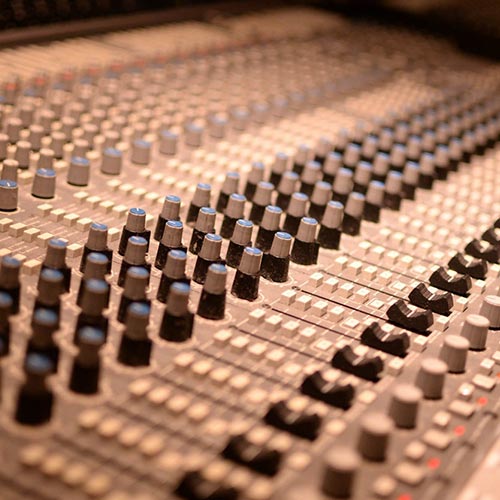 Throughout the history of recorded music, producers have been responsible for creating and defining the signature sound of countless artists. They have been the “musical architects” behind iconic performers of our time: The Beatles had George Martin; Garth Brooks had Allen Reynolds; and Amy Grant had Brown Bannister.

A gifted producer brings out the best in both the song and the artist, pulling together vocals and instrumentation into a cohesive whole. So when time comes to entrust your songs to a producer, do so with much care and deliberation. Your songs—and your sound—depend on it. Be encouraged that many of the very best producers are passionate about coming alongside worship leaders and independent artists, desiring to help them create the music they are called to make. And many of these producers have been artists themselves, having traveled the very road you may be on.

Heart of the Matter

“We have a deep passion for working with independent artists,” said Scott Cash, who along with brother Ed has been instrumental in shaping the sound of Chris Tomlin, among many others. “It’s an honor to be there for those called to minister to the Church through the beautiful avenue of music, and to assist them in honing their craft. Worship leaders are in the trenches fighting for the Name of Jesus in their communities and then taking their art out into the world. We love helping them make records that are tools for their journey.”

One of the producer’s most important tasks is not only helping to select the right songs for each recording, but often helping the artist write them. “We usually co-write at least half the songs on most of the projects we produce,” said Tyrus Morgan, who along with collaborator Jay Speight has produced numerous projects, and whose writing credits include cuts by NewSong and Unspoken. “We come alongside the artist to develop each song in a clear and interesting way, encouraging them to drive the key themes. Every co-write is different, but we often build a basic track roadmap during the process. It’s so rewarding to see the excitement on our artists’ faces as their ideas materialize into songs.”

“I usually co-write up to 95% of the songs I produce,” said Conrad Johnson, formerly of Chris & Conrad and owner of Inertia Sound Studio. “Together we talk about their influences; their sound; and their vision and goals, all while I am sitting at the piano or strumming a guitar. I want each song to come as organically as possible.”

In addition to creative direction, the producer’s greatest impact may well be providing spiritual counsel and encouragement. “It’s easy to lose sight of the big picture when you are deep in the minutiae of making a record,” said Jay Speight. “It’s vital to be continually aware that our goal is to bring God glory. We spend a lot of time talking and listening, not just about the music, but about what is going on in the artist’s life. We pray with and for them. A lot of life happens in the three to nine months we may be working together.”

If the next step on your journey is partnering with a producer, here are a few suggestions: